Memories XI: One year on 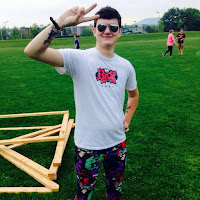 It's been a year since we said goodbye to our dear child Eli/Miriam for the last time. A year since his struggles against the pain of mental illness finally became too much.  A year in which we have wept and shouted and lamented - and also a year in which we have tried to carry on as much of Eli's legacy as we can (see http://receivingme.net for details of the speaker series which is one way we've been doing that).

Today though I just want to remember some of the ways in which this extraordinary young person touched other people's lives and hearts.  A life which was not long - which was all too short - nonetheless went very deep. Eli (or Miriam) seemed like an adult from their early teens. (And yes, he would have had plenty to say about powerful men who act like children at the age of 70.)

There was the Renaissance Faire (see above) where Eli helped everyone have a good time and taught everything from sewing to swordplay.  There was the writing and poetry and music - sometimes dark, always thought provoking and crafted with skillful allusion.  There were the extraordinary role-playing games that seemed to appear out of nowhere, taking over our house with a dozen people enjoying themselves following instructions on a spreadsheet that Eli had created.  There were the personal commitments to others: even in his own darkness, Eli worked indefatigably to help friends make good decisions and live a more fulfilled life.  There was the scintillating wit, which could always bring a smile even as he sometimes used it to hide his own pain.  There was...but I don't think I can go on.

I don't want to make out that our child was some kind of perfect saint. Of course not, and it would dishonor his memory to pretend that. And there were depths that I probably never saw.  I do believe though that this prayer which Eli used for Receiving with Thanksgiving represents his deep desire.  I hope I can make it my prayer too.


I am your servant, God. When there is chaos around me, help me stay centered. When those around me argue and fight, let me be your peacemaker. Show me and help me remember what’s truly important. Help me keep an open mind. Help me soothe the anger of others. Help me resolve the conflicts in my life, so that I may find peace. Stay with me God. Enter into the hearts of all those with whom I cannot find common ground. Fill their hearts and fill mine. I am your servant, God.

Rest in peace and rise in power, dear child. We will never stop loving you.
Posted by John Roe at 9:31 PM 4 comments: Links to this post

A sword shall pierce your heart also

It's been a while since if posted here on Points of Inflection.  I have quite a few things I'm thinking about which need to appear here - but I've also been out of town, first visiting family on the West Coast, then at the Gay Christian Network conference in Pittsburgh, then trying to survive the beginning of the semester and the start of what will probably be my final Penn State course - and the energy to write things up has been a bit lacking.  I have posted fairly regular health updates over at CaringBridge - most recently including the exciting news that I will get to start immunotherapy treatment in a couple of weeks.

And amid all of that, some weighty and important dates are coming up: this Sunday, January 22nd, when Eli/Miriam would have been 23 years old; and next Sunday, January 29th, the anniversary of his passing.   Lord forbid that pushing paper and popping pills should so preoccupy my life that I forget this.  "If I forget thee, let my right hand forget its cunning."

In the midst of this, and in the middle of a dark night several days ago, a thought jerked me awake.

It is hardly a new thought. It is anticipated right from Jesus' presentation in the temple, when the aged prophet Simeon blesses Jesus.  He utters the words that we now know as the Nunc dimittis, the words that currently seem so significant to me at Evening Prayer,

Lord, now you are letting your servant depart in peace,
according to your word
for my eyes have seen your salvation
that you have prepared in the presence of all peoples,
a light for revelation to the Gentiles,
and for glory to your people Israel.


Then he goes on to speak to Mary specifically, and says "This child is appointed for the fall and rising of many in Israel".  And then, parenthetically, as though it were a minor matter, come the words of my title: "By the way, a sword will pierce through your own soul also."

Traditional understandings have always interpreted Simeon's word here as a prophecy of the Crucifixion, and especially of Mary's grief at the loss of her firstborn (the Pieta, often depicted in Christian art.)  I think they are right.  But if they are, imagine Mary, knowing from day one what was coming, knowing that any moment in her son's life might be the moment when the state comes for him, when the "grave opens its mouth" in the language of the Psalms.   Hear the interaction at the wedding in Cana in the light of that knowledge

Mary lost her child, and she knew that loss was coming.

I am not a Catholic. But I have never felt so close to the Blessed Virgin as in that sudden moment of midnight wakefulness.  I could, if not pray to her, at least talk to her.  We are both members of a club that nobody wants to join, a club of those who cannot be comforted, because their children are no more (cf. Matthew 2:18)

Mary lost her child, and the powerful and prosperous joined forces to destroy him.

As Eli/Miriam's birthday approaches, I cannot but think of the temporary triumph of the powers of darkness as represented by the erasure of information about LGBTQ rights from the White House web page immediately after the inauguration of the new president today.   Just so did the authorities of his time attempt to erase Jesus himself. "Come, let us wipe him out; let his name be remembered no more!" (cf Psalm 83:4)

Mary lost her child, but her mourning was turned into joy.

Jesus' resurrection gave the cosmic middle finger to the powers of death.  It brought joy to Mary (though how should we understand the Ascension? another discussion, I think) and hope to the disciples' hearts.  The rest of us club members are still watching. Waiting.

We are waiting for the third day.

May it come soon. 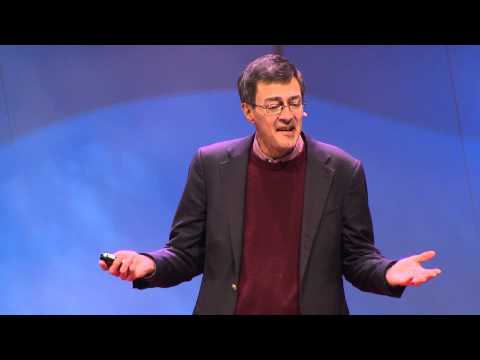